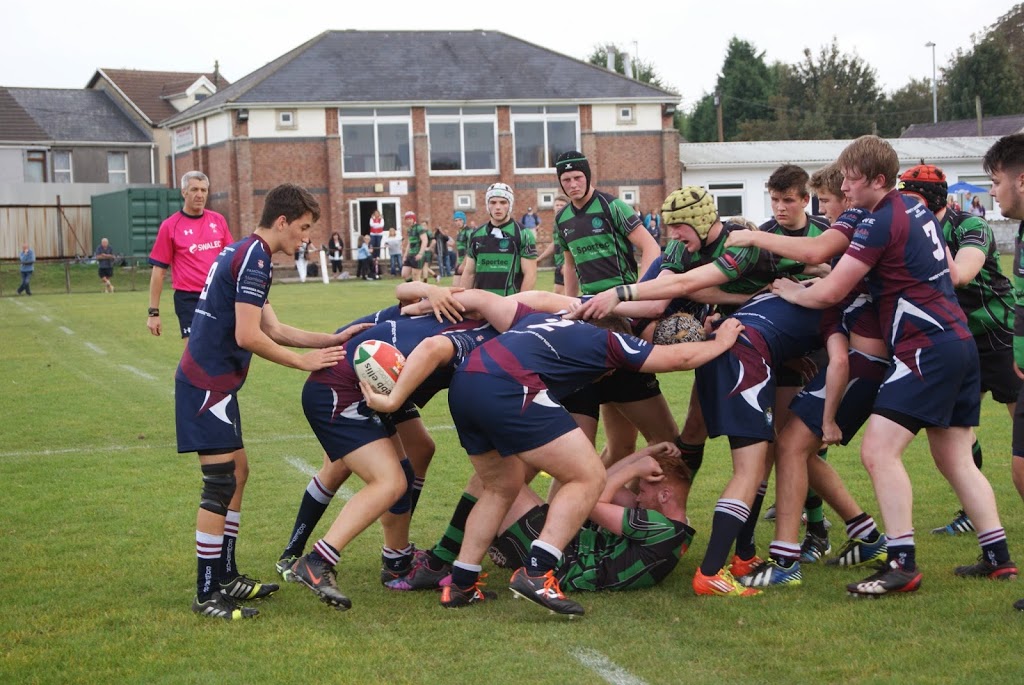 Gowerton’s driving maul was a strength of their game.

Gowerton and Ystalyfera dish up a 9 try feast of rugby.

Gowerton 1st XV played host to Ystalyfera at Gowerton RFC in their AQUAZONE Ospreys league encounter. Both teams had started the season strongly and were undefeated going into the game.

The visitors started strongly with their skilful backs giving an early indication of their threat. Wings James Roberts and Gwydion Llyr were both pacy runners, centre Keiran Williams was well balanced and ran powerfully, fly half Jed O’Reilly distributed well and scrum half Reuben Morgan-Williams was quick and incisive around the fringes. 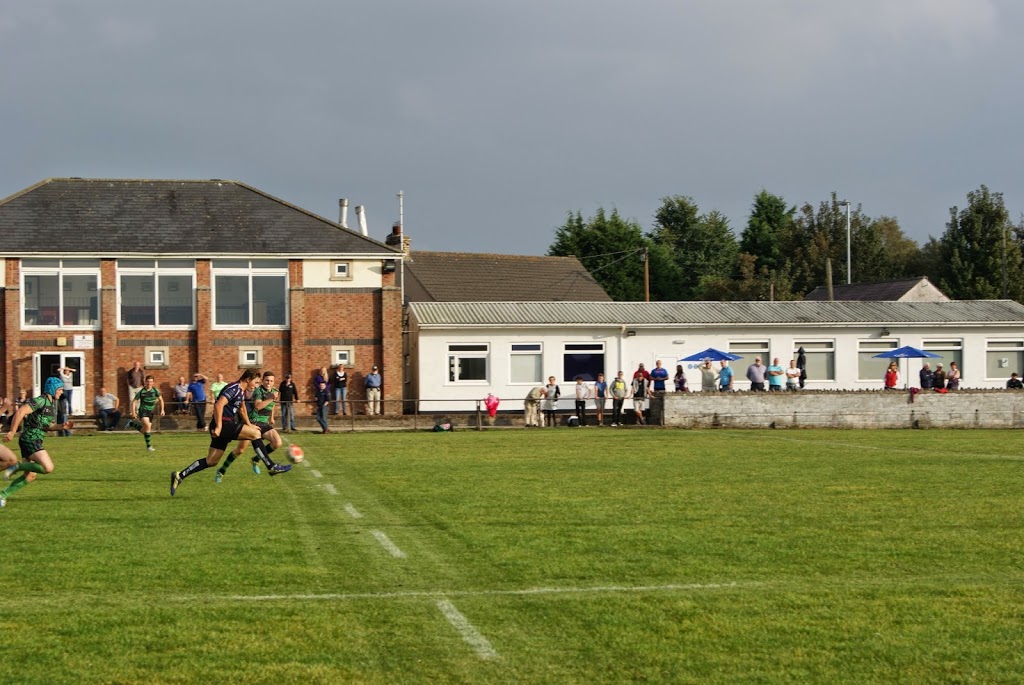 Ystalyfera took the lead in the 6th minute when a midfield break by centre Curtis Davies allowed him to free wing Roberts who scored in the corner.

The visitors doubled their lead three minutes later with a try started deep in their own half. Blindside wing Roberts entered the line at pace and put his opposite wing Llyr clear. He raced 40 metres and found flanker Connor Davies on his shoulder who crossed in the corner.

Gowerton had started slowly, but gradually, their forwards began to gain a foothold with hooker Rhys Cherry carrying powerfully. His throwing in to the lineout was also excellent and allowed lock Will Griffiths to dominate that phase. Flanker Max Harris was also impressive in the lineout making it difficult for the visitors to win any quality possession. 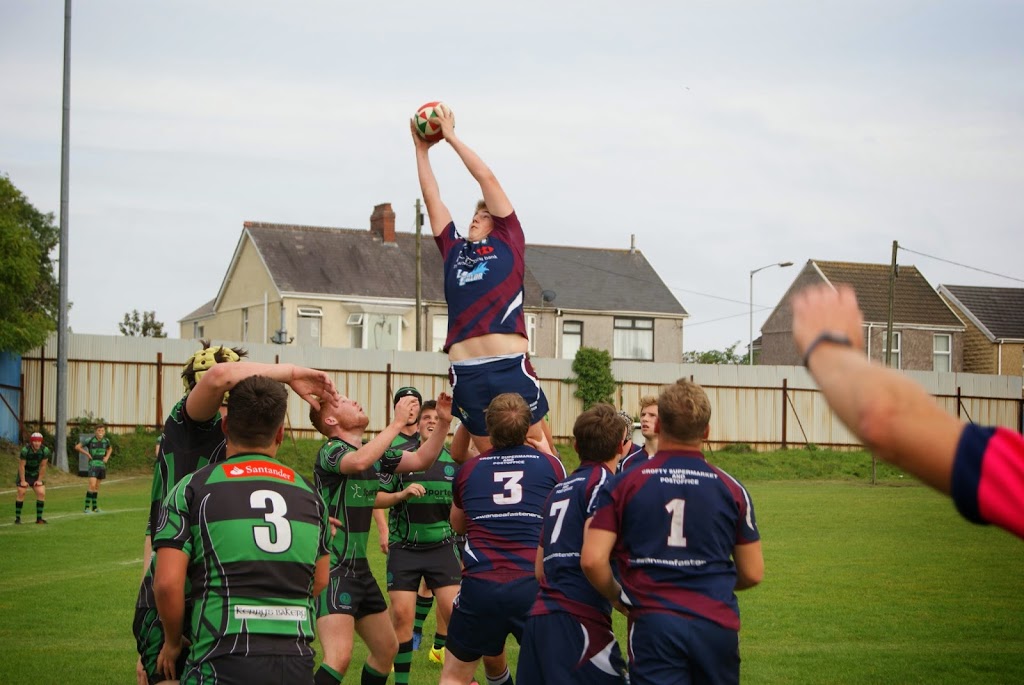 Will Griffiths dominated the line outs and wins another one here.

Gowerton were back in the game in the 18th minute when scrappy possession from a lineout was seized upon by flanker Ethan Harris. The ball was worked to hooker Cherry who showed his strength to drive over from short range. Fly half Phil Jones converted.

This score only seemed to spur the visitors into action and they added two further tries in the next 5 minutes. Both scores owed much to the promptings of scrum half Morgan-Williams. First wing Roberts crossed and then No.8 Steffan Blake added his team’s fourth score that put them very much in control.

Gowerton’s forwards now began to exert greater pressure in the set piece with props Tom Northey and Sam Grunhut both scrummaging strongly. In the 28thminute, centre Callum Owen breached the visitors’ defence and although he was tackled into touch just short of the try line, from the resulting line out a well controlled catch and drive allowed Cherry to score his second try. At the break Ystalyfera led 20-12.

Gowerton needed to start the second half quickly, and to their credit they did so. The forwards began to exert an increasing stranglehold on the game and with fly half Phil Jones showing impressive game management, they began to dominate territory. Ystalyfera’s defence was unflinching with centre Williams, flanker Rhys Wilks and lock Arwel Davies all uncompromising, however, in the 38thminute a strong Gowerton scrum saw the ball squirt out and scrum half Milo Fleming pounced to claim the score. Fly half Jones converted and the deficit was down to a point. 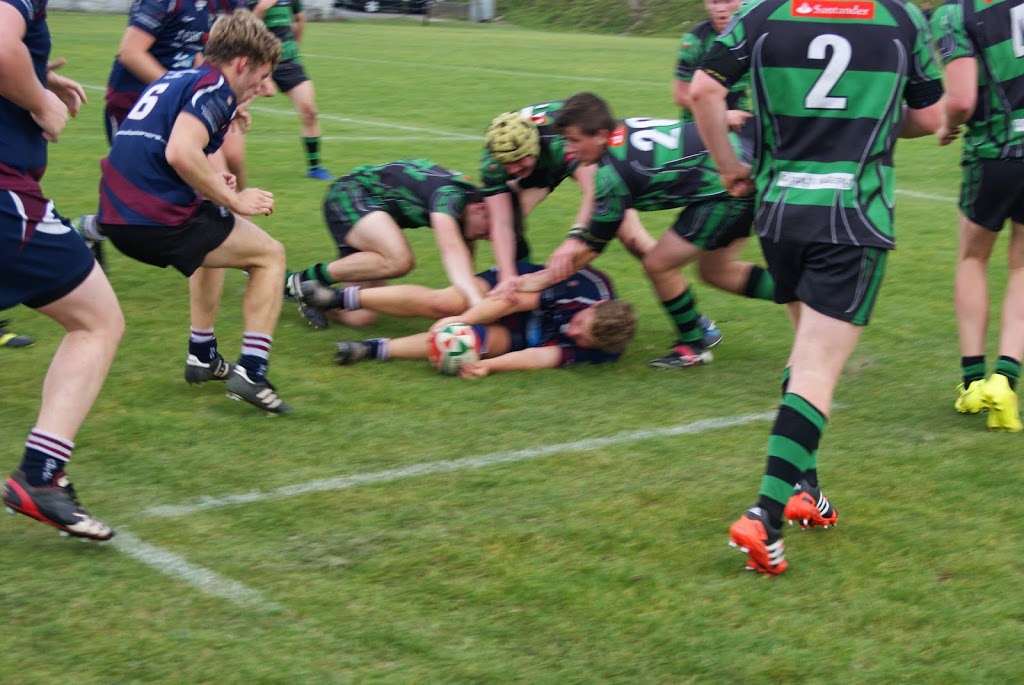 Lloyd Dudley-Jones arrives at the breakdown.

The visitors continued to pose a threat on the break and with 12 minutes left they scored their fifth try when scrum half Morgan-Williams broke a tackle on the 22 and scored beneath the posts. Full back Jonathan Bayliss converted.

Gowerton pressed forward again and hooker and man of the match Cherry completed his hat trick when he again powered over from short range. Fly half Jones added the extras to set up a tense finish. Gowerton pushed forward, and wing Leighton Lamb almost grabbed the winning score and was only to be denied by the bounce of the ball. At the final whistle, the visitors retained their narrow advantage and it was they who returned home with their unbeaten record intact after a game that had been a fantastic advert for schools’ rugby and the newly created Ospreys league.