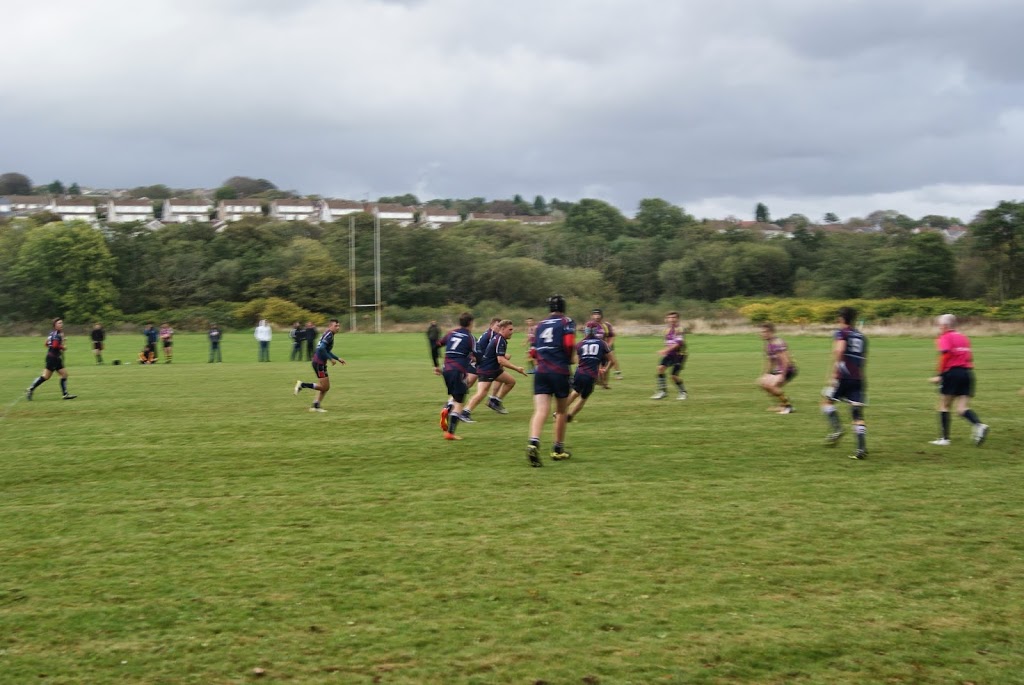 Gowerton travelled to play Gower College 2ndteam at Dunvant RFC and eventually triumphed 67-20 thanks to a late try blitz that saw them cross for six tries in the final 20 minutes.

The first 50 minutes were evenly contested. Gowerton were well served by flankers Scott Smith and Max Harris. Harris’s domination of the lineout and livewire performance in the loose earned him the man of the match award. For College, No.8 Jack Glover was impressive at the breakdown and his work earned his side a number of turnovers and penalties. 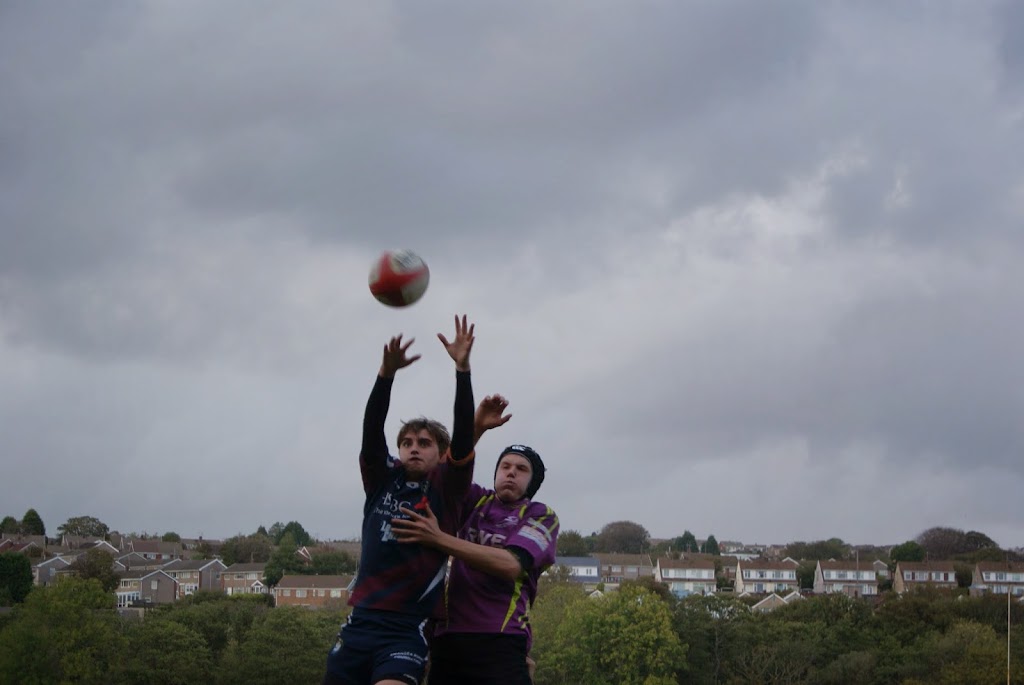 Man of the match Max Harris leaps high to secure a lineout.

Gowerton were in front in the 3rd minute when hooker Marcus Besley breached the College defence on halfway and fed prop Tom Northey on the 22. He showed both his power and pace to cross for a try converted by full back Olly Smith.

College, prompted by scrum half Callum Lewis responded immediately, and were back on level terms after 10 minutes when flanker George Mobfana received a tap penalty 10 metres out and drove over for a try that centre James Griffiths converted. 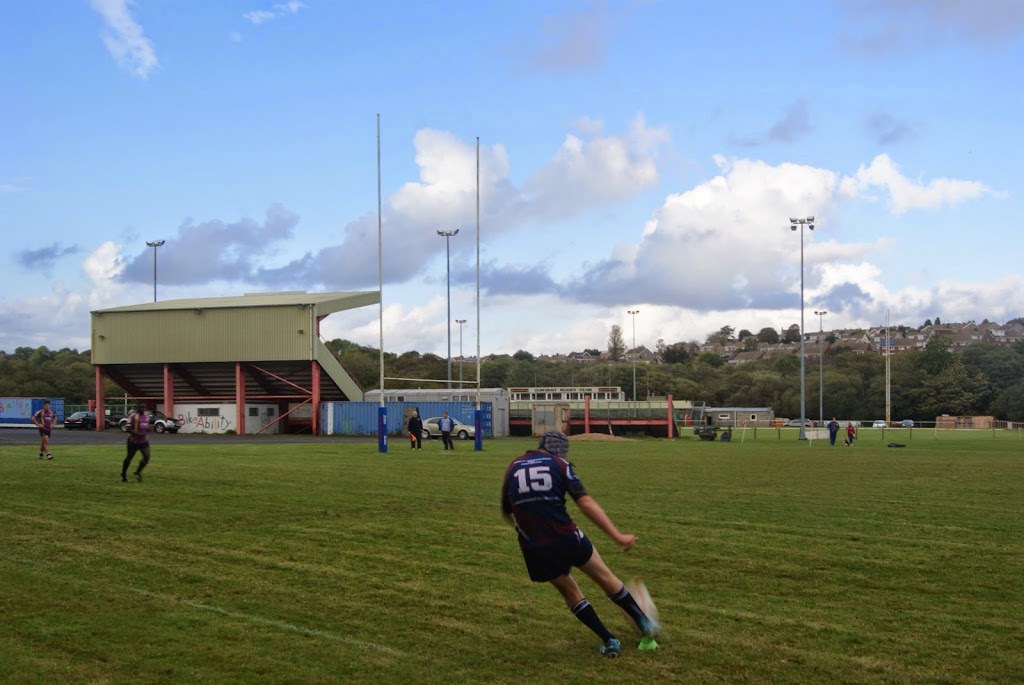 Olly Smith kicks one of his successful conversions.

The visitors were back in front in the 12th minute when a strong run by wing Kieran Collick was halted just short of the line. Prop Northey was alert enough to spot a defensive gap and grab his second try. Full back Smith added an excellent touchline conversion.

The game continued to ebb and flow and in the 16th minute College were again level when fly half Lawrence Thomas seized on a loose pass and showed great pace to sprint 70 metres for a try that Mobfana skilfully converted from the touchline.

Two tries in a minute saw Gowerton in front again. First flanker Harris took a lineout on the College throw. A forward drive took him up to the line where prop Northey crossed for a try that remarkably completed his hat trick within 20 minutes. From the kick off, good work by No.8 Ethan Harris carried on by fly half Steffan Tyrrell allowed centre Callum Owen the space to cross for a try Smith converted.

College continued to compete strongly and cut the deficit with two penalties by centre Griffiths and at the break Gowerton led 26-20.

The early stages of the second period were evenly contested and College wing Harry Wilkinson’s pace was a constant threat, but it was Gowerton who increased their lead in the 45th minute when a disciplined catch and drive from a line out was controlled by impressive prop Rhys Cherry who plunged over. Smith added the extras. 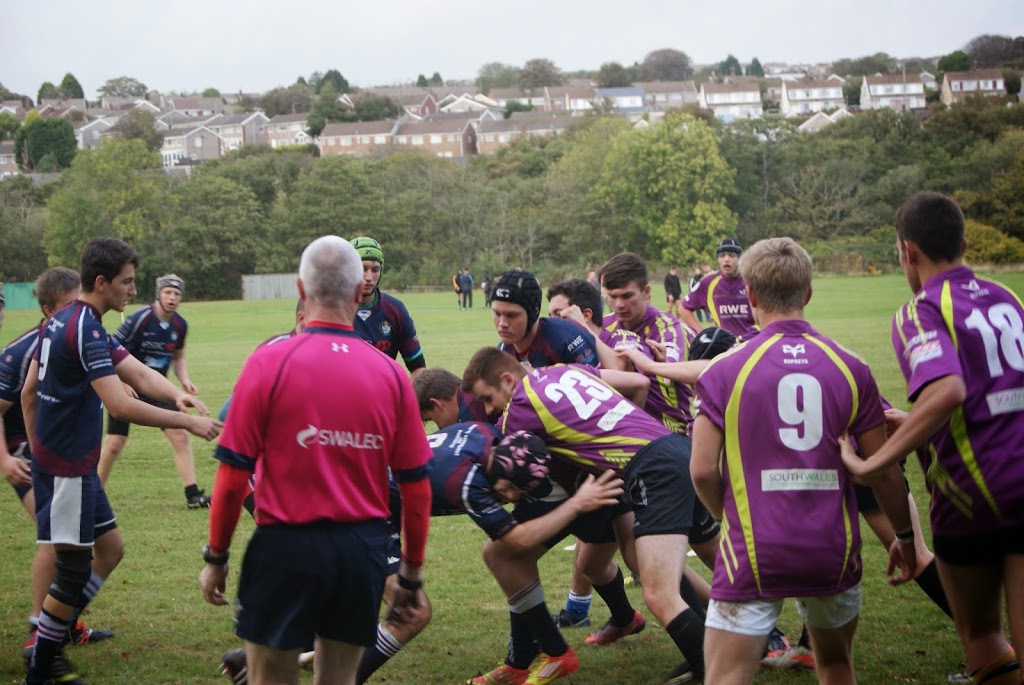 Scott Smith and Sam Clark compete to win a maul.

With 20 minutes to go, more good approach work by Cherry set up a position from which alert scrum half Milo Fleming spotted a gap for a try again converted by Smith.

Gowerton, with scrum half Fleming increasingly influential and the backs off loading skilfully dominated the final quarter and crossed for five further tries, centre Owen with two completed his hat trick, wings Collick and Rhodri Tyrrell and flanker Kieryn Lewis all scored and with full back Smith adding a conversion Gowerton were comfortable winners.

Next week, Gowerton host neighbours Gwyr/Tawe, a combined team from Gwyr and Bryntawe.