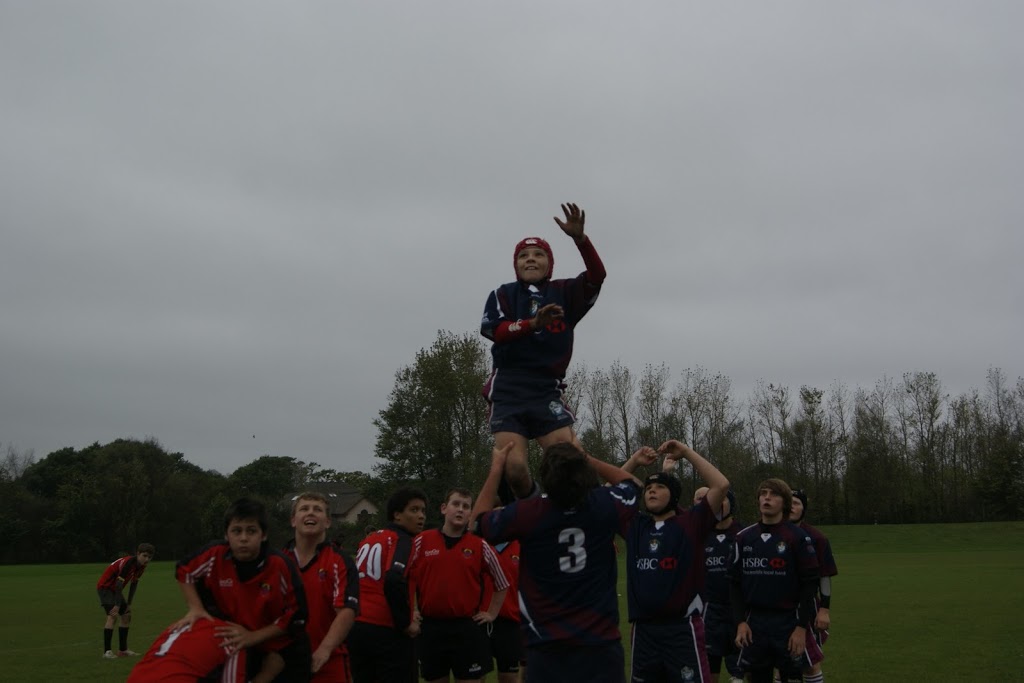 Following victory in their first Welsh cup match at Bryntawe, year 9 hosted Pontarddulais at theElba. Pontarddulais arrived in confident mood following a good performance the week before at Bishopston. Gowerton were without the injured Jamie Hurlow and Trystan Williams, but Dafydd Williams and Luke Snell both declared themselves fit after receiving injuries the previous weekend and the team were themselves in buoyant mood after Steffan Tyrrell’s last gasp score had earned them victory against a strong Christ College Brecon team the week previously. 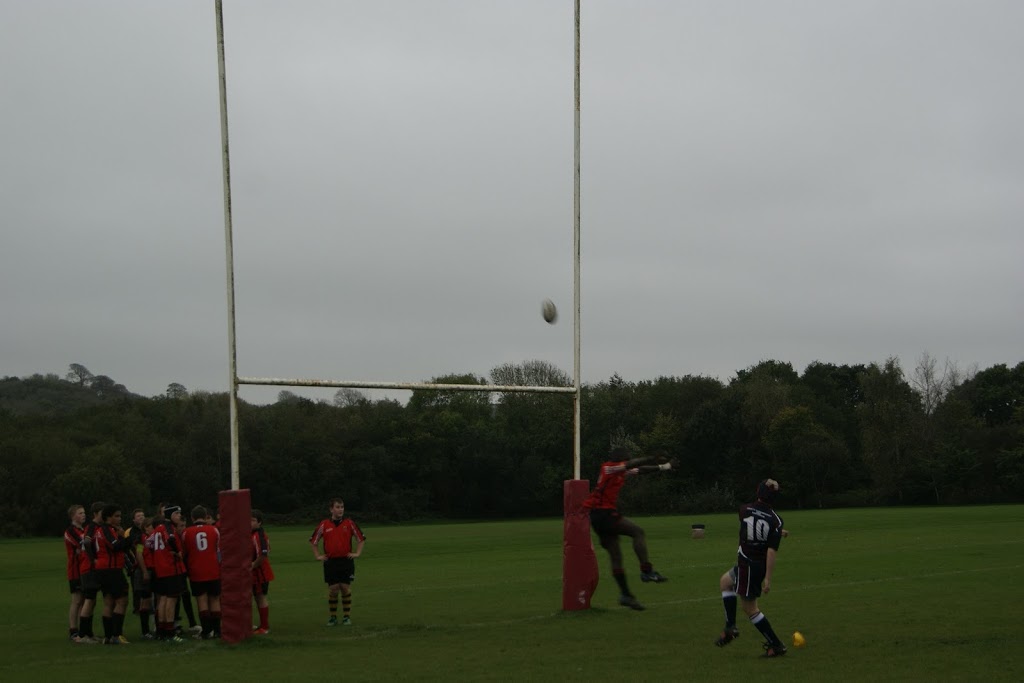 Fly half Jesse Howes converts one of Gowerton’s second half tries.
Pontarddulais kicked off and Gowerton were in front before the visitors had touched the ball again. No.8 Jack Cambriani powered into the Pontarddulais half, centre Tom Howell ran elusively before unselfishly off loading to fly half Philip Jones who’s ‘good angle’ was unstoppable Howell added the conversion from a difficult angle.
It was the visitors who added the next score in the 5th minute. Gowerton were penalised for an offence at a ruck and repositioned themselves slowly which allowed Pontarddulais the opportunity to cross for their first try.
This score only seemed to spur the hosts on and with captain Will Jones outstanding in the contact area and Dafydd Williams, Tom Northey and Jacob Clark all impressing in the forward exchanges, Gowerton’s backs received a steady flow of possession and with man of the match Philip Jones orchestrating things impressively, the team carried a threat every time they were in possession. They scored four further unanswered tries before half time. In the 9thminute, flanker Rhys Evans won clean lineout possession. Jones used Howell on a switch and he sliced through the defence for a try he converted himself. 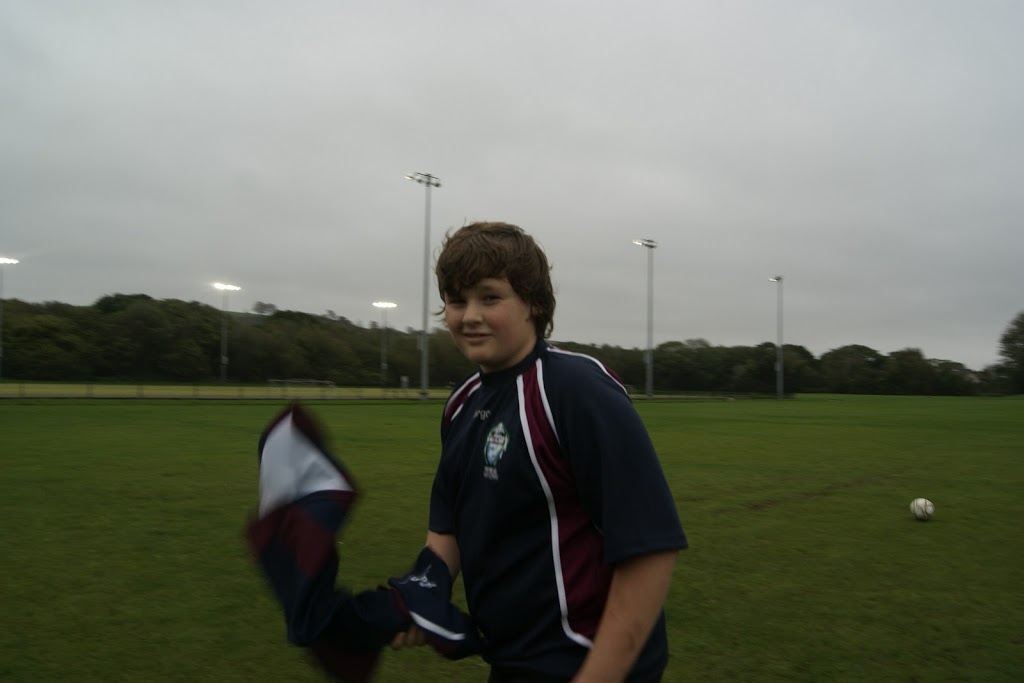 Was centre Rhys Evans waving the white flag?
Four minutes later, a great turnover by captain Will Jones secured possession and centre Howell was on hand to power over for his second try in four minutes. In the 17th minute, No.8 Cambriani picked up from the base of a scrum and powered 40 metres along the touchline to score a fine individual try. Then with the final move of the half, the visitors kicked the ball long, full back Keelan Giles gathered in his own half and set off on a counter attack that saw him leaving countless visiting defenders in his wake. When he was halted 10 metres out flanker Rhys Evans was in support and crossed for a try that left Gowerton with a commanding 29-5 half time lead.

The second half started as the first had ended with Gowerton on the attack. Captain Jones set up an attacking position in the visitors ’22 and when quick ball was won scrum half Callum Lewis’ excellent service saw hooker Luke Snell with the ball 20 metres from the Pontarddulais line and he powered to score beneath the posts. Fly half Jesse Howes added the conversion. 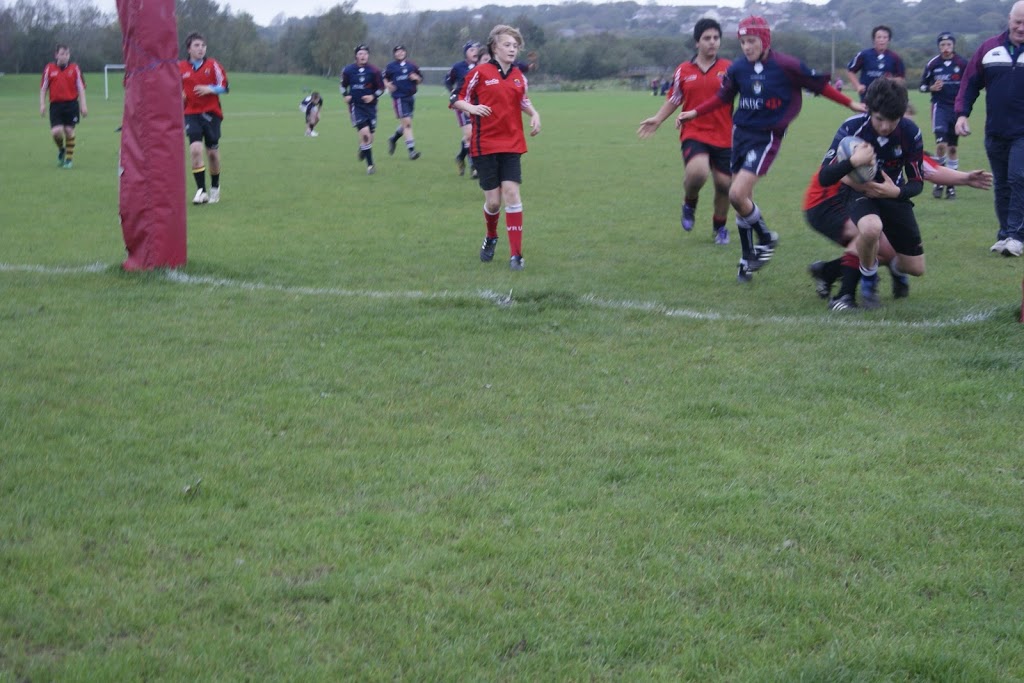 Hooker Luke Snell powers over for Gowerton’s sixth try.
Now was the time when the visitors’ character was called in to question and they came through with flying colours scoring the next two tries in the 35thand 40th minute, both of which were converted. However, it was Gowerton who had the final say with tries in the 43rd and 50thminute. The first was a powerful surge by lock Morgan Morris which came after hooker Dafydd Williams drove to within 10 metres of the visitors’ line. Howes added the conversion and then scrum half Fleming completed the scoring following good work from Cambriani, centre Jack Gummer and wing Dominic Greeno.
At the final whistle, the hosts had achieved a convincing victory, but realised that another tough challenge faced them next Tuesday when they travel to Cefn Hengoed in their next Welsh Cup game.
Photographs Connor Brannan yr 9: