Gowerton impress on their travels.

Gowerton’s year 7, 8 and 10 rugby teams all travelled to Bishopston and in three excellent and very competitive games it was the visitors who returned home with three impressive wins. 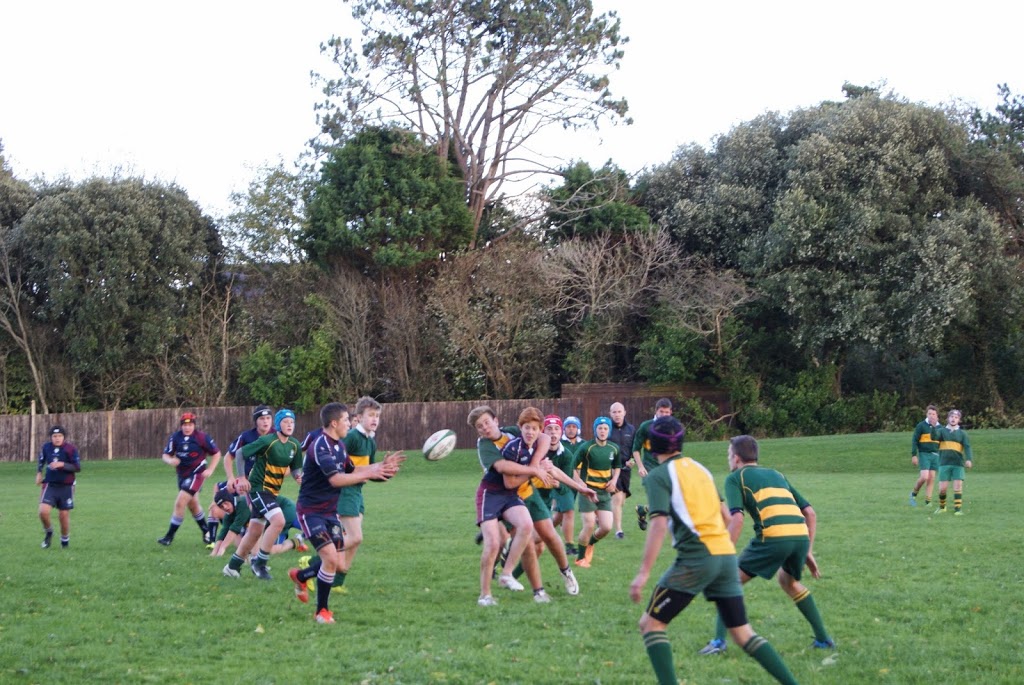 Fielding and Cambriani grab a brace apiece in fine win.

Gowerton kicked off playing into the breeze and grabbed an early lead when centre Adam Fielding seized on a loose ball in the hosts 22 and raced to score beneath the posts. Full back Elliot Rees converted. 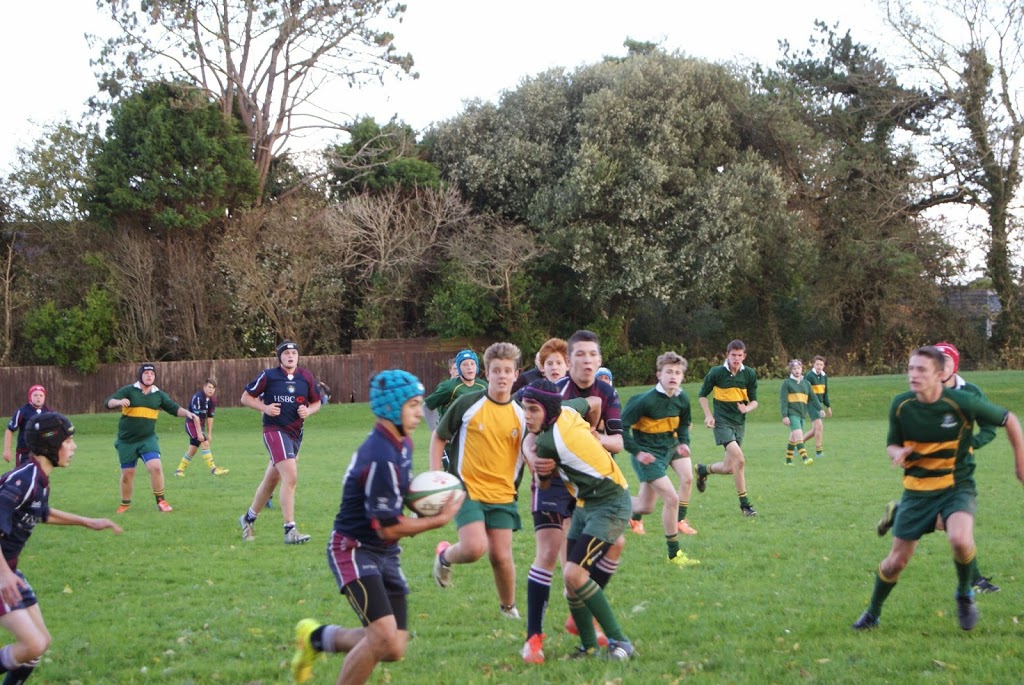 Man of the match Adam Fielding looks for an opening.

The hosts responded immediately and scored an excellent try which saw them retaining possession through several phases before No.8 Sam Ryde crossed for a try he converted himself.

The next period was scrappy with both teams unable to play with any continuity. The deadlock was broken in the 15th minute. Gowerton’s forwards started to look the more cohesive unit and with Aled Simons throwing in to the lineouts with impressive accuracy and locks Nathan Davies and Ieuan Burgess controlling the driving mauls well they scored their second try when a clever pass from fly half Dexter Ryde put centre Fielding under the posts. Full back Rees again converted.

Bishopston again responded immediately with an excellent try from their best player No.8 Hyde. He picked up from the base of a scrum 30 metres out and showed an impressive turn of speed to score. At the break Gowerton led 14-12.

The visitors started the second half on the front foot with half backs Max Treharne and Ryde controlling play intelligently and they stretched their lead in the 28thminute with an excellent try that saw several impressive offloads and culminated in centre Sam Cambriani crossing in the corner.

The game continued to ebb and flow and the hosts cut the deficit to two points when wing Ben Westerholme crossed in the corner.

Gowerton stretched their lead in the final quarter with two further tries. In the 40th minute good work by flanker Jack Soproniuk gave co flanker Joe Bright-Key the opportunity to show his pace from 40 metres. He had a lot of work to do, but powerfully beat three defenders to score in the corner. With three minutes left good work at the breakdown by wing Rhys Baker allowed him to turnover possession. Man of the match Fielding fed co-centre Cambriani who crossed for his second try which full back Rees again converted.

It was the hosts who had the final word when wing Westerholme crossed for his second try in the final minute, but at full time it was Gowerton who were deserved victors.

Edwards powers to a hat trick to clinch a Gowerton win.

Gowerton’s year 8 team emerged as victors at Bishopston by virtue of a hat trick from flanker and man of the match John Edwards. Gowerton opened the scoring when Edwards’ power allowed him to beat several defenders and cross for an unconverted try. Bishopston, were back on level terms by half time when No.8 Luca Scotto-Smith scored.

The second half saw Gowerton on top with No.8 Tim Perkins and prop Mabon Kaniewski both carrying strongly. Man of the match Edwards crossed twice to complete his hat trick and with fly half Joel Matuschke adding a conversion their lead was 12 points.

Bishopston cut the deficit when prop Harry Williams scored and full back Oliver Peters converted to set up a tense finish.

Gowerton’s defence with centre Jacob Turatto and wing Daniel Warne to the fore was unflinching and it was the visitors who clinched their victory when lock Connor Williams crossed for a try that scrum half Jac Simons converted.

Cartwright’s kicks give Gowerton the edge.

Gowerton and Bishopston scored five tries apiece in a ten try thriller that was only decided by the goal kicking of Gowerton’s man of the match and fly half Sam Cartwright who converted three of his side’s tries.

Bishopston held the advantage in the first half with scrum half Sol Brandon and full back Lewis Price a constant threat. The hosts’ tries were scored by prop Lawrence Hyde (3), No.8 Oliver Calcutt and full back Price. Fly half Tom Payne converted one.

The visitors’ back row of Jay Jones, Darragh Cahill and Liam Butler and hooker Jamie Parry all ran strongly in the loose. Behind the scrum, full back Alister Morgan tackled well and scrum half Alex Hughes’ distribution gave fly half and man of the match Sam Cartwright the time to orchestrate play. The visitors’ tries were scored by full back Ethan Lee and fly half Cartwright who grabbed a brace apiece. Centre Teigue Williams added a fifth but it was Cartwright’s three conversions that tipped the game Gowerton’s way.