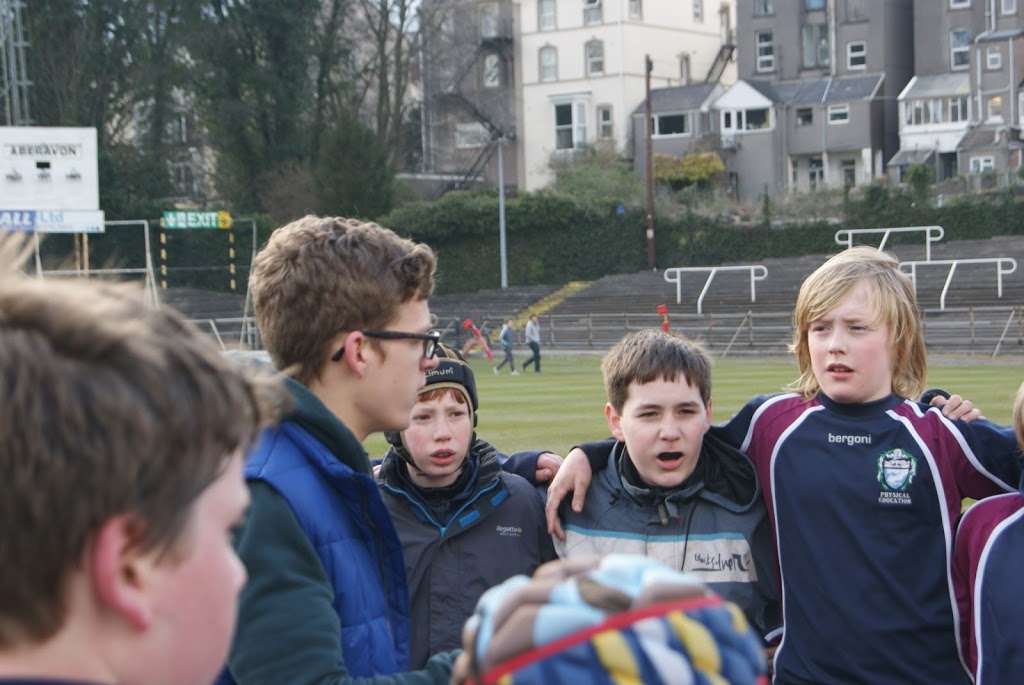 Will Griffiths, Tommy Rieley and Lewis Pennington all listen intently to assistant coach Dylan Treharne’s wise words.
Gowerton year 7: 40 Bryntawe year 7:0.
Six of the best gives yr 7 a convincing semi-final win.
Gowerton’s year 7 rugby team hosted Bryntawe at the Elba in the semi-final of the Swansea schools’ cup competition and produced their best performance of the season that saw them cross for 6 unanswered tries and power into the final.

Despite early morning rain, the pitch was in excellent condition and the hosts, with fly half Cameron Clayfield orchestrating play intelligently, looked to move the ball to their backs at every opportunity. 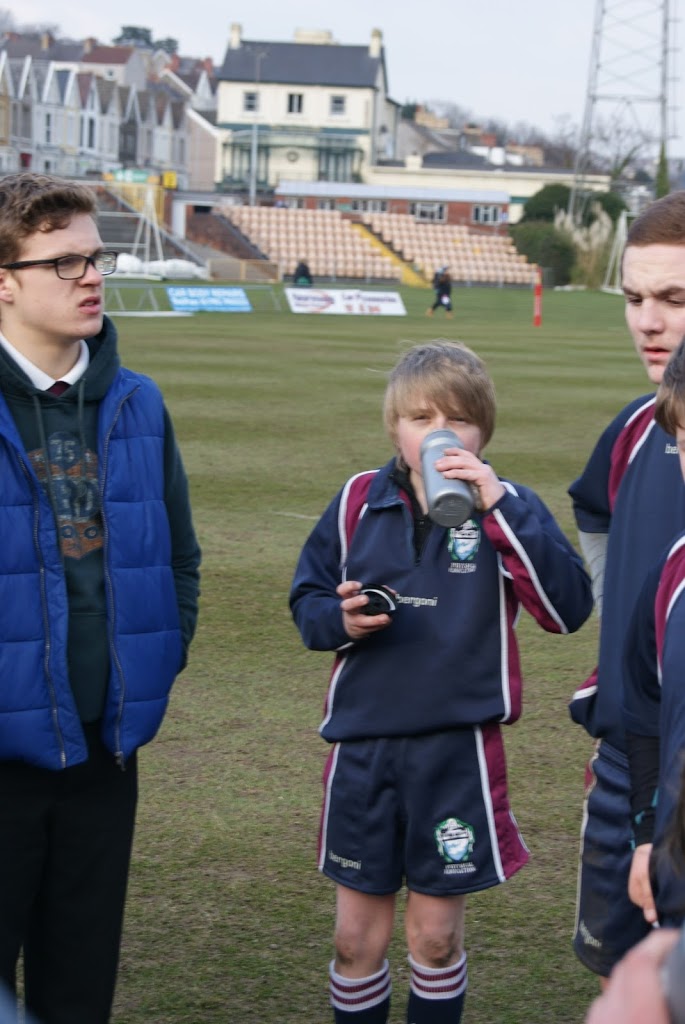 Fly half Cameron Clayfield who ‘orchestrated play intelligently,
Gowerton applied the early pressure and were rewarded with a try in the 4thminute when centre James Northey straightened up behind, giving lock Gavin Thomas the room to power over for a try that scrum half Iwan Jones converted.

The visitors pressed for an equalising score with fly half Iwan Beggs a constant threat and No.8 Josh Carlson a powerful ball carrier, whilst there best player was full back Lauren Smith, the cousin of Wales full back Liam Williams who impressed with her elusive running and strong defence. Gowerton’s defence with centres Northey and Danny Thomas unflinching proved impossible to breach. 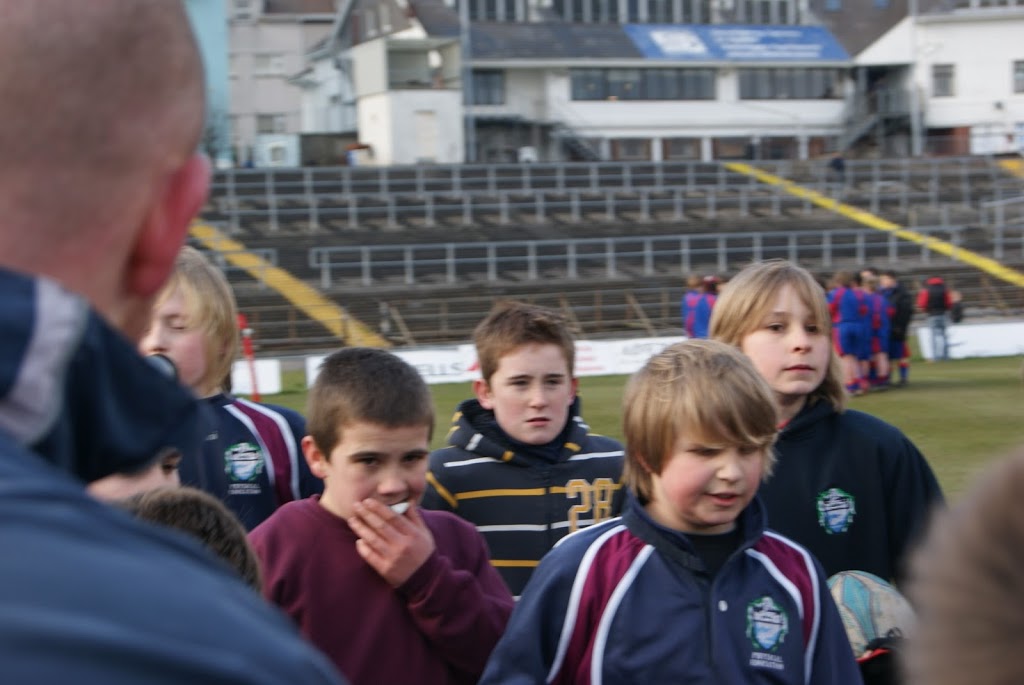 Centre Danny Thomas who was ‘unflinching’ in defence.
With their confidence boosted Gowerton stretched their lead with two more tries just before half time. In the 20th minute an excellent run by hooker Gareth Aylott established a position in the visitors’ 22 and when the ball was moved into midfield flanker Leon Steers burst through the defence to score beneath the posts. Two minutes later centre Thomas was on hand after good work from Northey and full back Jack Cosker and he crossed for a try. Scrum half Jones added both conversions and the hosts held a comfortable 21-0 advantage at the break.
The second half followed a similar pattern to the first with both teams attacking with ball in hand at every opportunity, but Gowerton carried the greater threat with man of the match Northey’s intelligent running angles and passing creating opportunities for others while full back Cosker was a constant danger with his pacy and elusive running. Scrum half Jones impressed with his accurate service and kicked intelligently into the space behind the visitors’ backs allowing the hosts to dominate field position and they added three further second half tries. First, fly half Clayfield crossed after good work from wing Jacob Williams had secured possession, then after a spell of visitors’ pressure was repelled, No.8 Lewis Pennington scored, sprinting clear from his own half after a run from full back Cosker had initially breached the defence. Scrum half Jones added both conversions before wing Williams completed the scoring in the final minute with an excellent piece of individual play that saw him tackle his opposite number, turnover possession and pivot across the line.
The final whistle followed and Gowerton had booked their place in the final where they will play the winners of the Olchfa and Morriston semi-final.