Gowerton double up at Llangatwg. 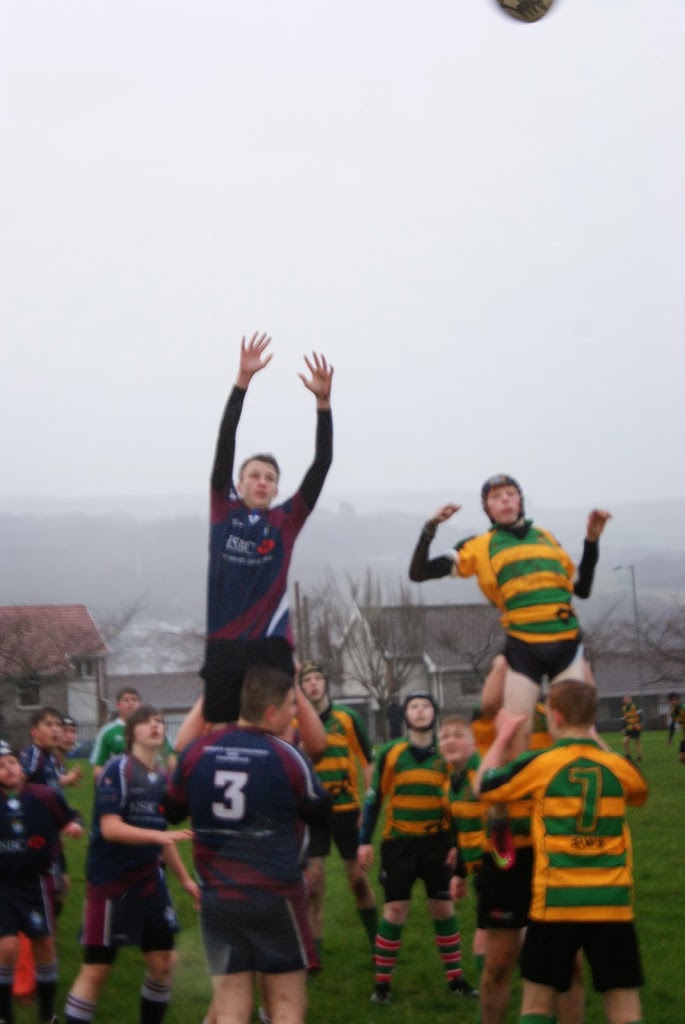 Will Jones leaps high at the lineout.
Collins’ quadruple tips the balance Gowerton’s way.
Gowerton’s year 9 team travelled up the Neath valley to play Llangatwg in a warm up game before the two teams travel to play their last 32 Welsh Cup games. Despite the recent bad weather and steady rain all day the pitch was in remarkably good condition. The rain continued to fall throughout the game making handling extremely difficult, but to the credit of both teams they kept the ball in hand at every opportunity and produced some excellent rugby.
Gowerton’s forwards took control early on with lock Ethan Guy, prop Ryan Jones and flanker Joe Brightkey all working tirelessly and with No.8 and man of the match Jacob Ireland a dynamic ball carrier they took the lead in the 9th minute when good approach work from lock Guy and centre Adam Fielding freed centre Sean Collins who sprinted clear from 40 metres.
The visitors increased their lead in the 15th minute when flanker Will Jones won a lineout on half way and slick handling again freed centre Collins who outpaced the defence for a try that fly half and captain Sam Cambriani converted.
With half backs Patrick Langdon-Dark and Cambriani orchestrating play well Gowerton added two further tries before half time. The first came after a counter attack set up by full back Max Treharne allowed centre Fielding to cross. Cambriani converted. Then on the stroke of half time good work by wing Rhys Edwards secured possession, the ball was transferred swiftly to centre Collins who completed his hat trick and the visitors held a comfortable 24 point advantage at the break.
In the second half, the hosts enjoyed a much greater share of territory and possession and reduced the deficit when No.8 and captain Garin Lloyd picked up from the base of a scrum 5 metres out. He was tackled just short, but the ball was switched quickly to the blindside and prop Tristan Turner powered over.
A powerful drive by lock Nathan Davies allowed Collins to cross for his fourth try. He added the conversion to give him a personal haul of 22 points.
However, the hosts were on top in the final quarter with fly half Tiaan Wheeler kicking intelligently and centre Kyle Jones and full back Ittichai Khammanop both running strongly and they deservedly scored the final try of the game when wing Luke Scully crossed. Centre Jones added the conversion, but it was Gowerton who will travel with confidence to their cup game against Bro Dinefwr while Llangatwg will be buoyed by their improved second half performance when they take on Bro Myrddin.
Llangatwg year 7: 0 Gowertonyear 7: 22.

After victory last week at Pontarddulais, the year 7 team travelled to Llangatwg and although conditions were not suitable for running rugby this did not deter either side from keeping the ball in hand at every opportunity. In the early stages it was the hosts who enjoyed the better of the game. Hooker Dylan Cole showed up well in the loose and locks Nic Powell and Daniel Whapham both carried strongly. Powerful No.8 Declan Morgan came close to scoring several times but was pulled down short by the Gowerton defence for whom prop Mabon Kaniewski, hooker Rhys Flower and flankers Alex Jones and Jack Griffiths were very effective making tackle after tackle.

Behind the scrum half backs Joseph Murnane and Josh Dyer, centres Bradley Whitrow and Garyn Davies combined well for the hosts to create chances while wings Codie Jones and Kian Mellons and full back Ioan Griffiths all caused problems in the first half with their incisive running.
However, with the visitors’ defence unflinching they gradually took control of the game, scrum half Cori Barton provided elusive outside half Charlie Smith with some quality ball which allowed him the space that proved difficult for the Langatwg defence to handle, and after fifteen minutes Smith opened the scoring when he crossed for a try converted by centre Jac Simons.
In the second half Gowerton’s elusive runners revelled in the space they were afforded as the hosts tired and Ben Petherbridge turning out at 15 and Matthew Newcombe having a run at 10 both got themselves on the score sheet. The try of the game came from hard running and hard working prop Connor Williams who proved difficult for the hosts to tackle once on the move. Williams was awarded Man of the Match for his strong display although he was challenged for this by some excellent play from No.8 Tim Perkins, prop John Edwards and hooker Flower.
Much credit for the continued improvement in the skills of the players should go to their coach – Callum Lewis (Yr 11) spends most of his lunchtimes coaching the boys and developing their skills – this is proving very effective – keep up the good work Callum. 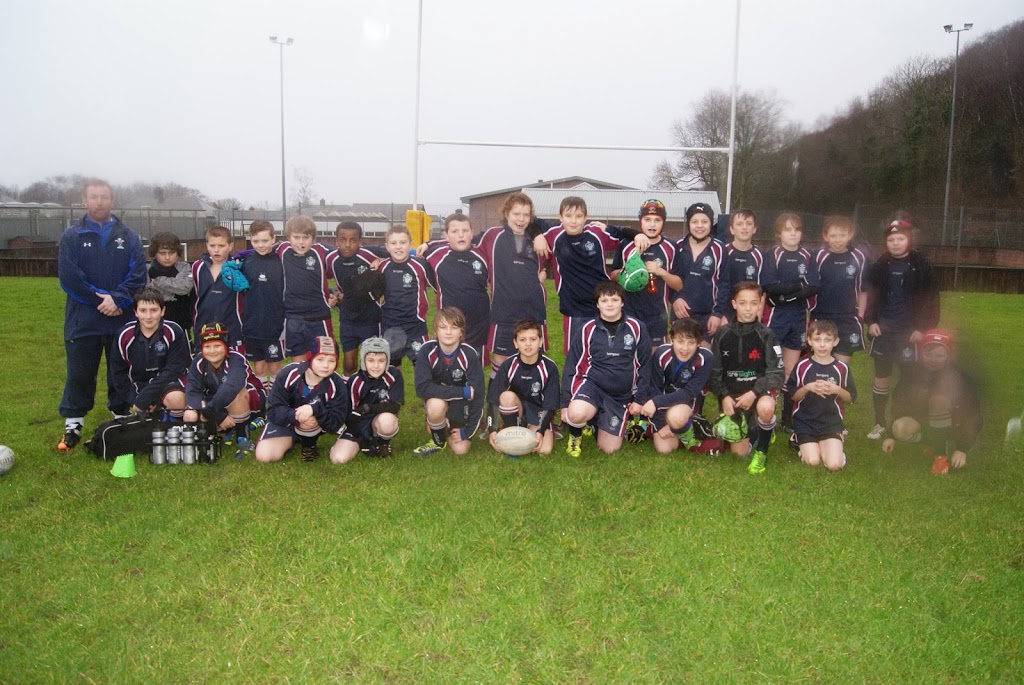